More women are entering our industry

Posted on July 24, 2019 by Admin under Our staff
Leave a comment

Look around either of the William Sullivan & Son Funeral Directors buildings and you’ll see women working in every capacity: Funeral directors, planning advisors, support staff and mortuary science students doing their practicum (internship.) This reflects the trend in our industry: More women than men are enrolling in mortuary science programs. In 2017 they were more than 66 percent of the new students, according to the National Funeral Directors Association. 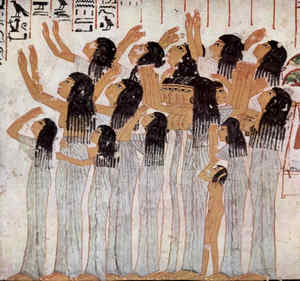 Throughout civilization, women took a leading role in preparing bodies, leading mourning and preparing the way for the afterlife. In ancient Greece they cleaned, anointed and adorned the bodies. They guarded the bier and led the mourning, chanting and tearing at their hair, clothing and bodies.

That history, coupled with the fact that people often died at home, kept women in a leading role in the preparation of bodies until around the mid-19th century in the United States. The new practice of embalming required formal education, from which women were excluded. They were also regarded as too delicate for the practice, despite their experience as nurses in the battlefield hospitals of the Civil War.

For more than 150 years, men dominated in the industry. The balance shifted in 2000 when the number of women enrolling in university mortuary science programs, seeking to become funeral directors, surpassed the number of men. 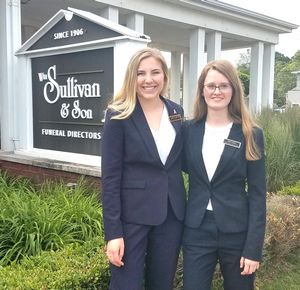 Erin, from Canton, was majoring in clinical laboratory science at WSU. Embalming fit with that background but she says the prospect of working with families added interest.

“Every day is different,” she said. “I like that. You’re never doing the same thing over and over again.”

Jillian, from Gladstone in the Upper Peninsula, was inspired by the way a local funeral home helped her family when her grandmother died.

“My favorite thing is following through with a family,” she said. “If you sit in on arrangements and are part of the funeral they know you and come right to you if they have questions. It’s a good feeling.”

Erin hopes to find work with a family owned funeral home like Sullivan. Jillian, recently engaged to someone from back home, will return to the U.P.

Sherry Marshall has been a Funeral Director in Royal Oak for 20 years. She worked for legendary Wayne County Medical Examiner Werner Spitz in the 1970s and 80s and wanted to become a pathologist, too, but “17 years of school and a lot of money” convinced her that mortuary school was a more practical choice.

“I just like people so much,” she said. “I like to learn about their interests and share stories of their loved ones. I may have helped that family three, four or five times so I feel like they’re my extended family.” 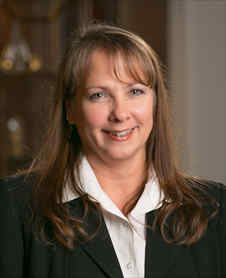 Patty Buccare has worked in our Utica facility since 1996. She can perform all the services of any licensed Funeral Director but most of her time is spent in the office, handling the business end of our business. 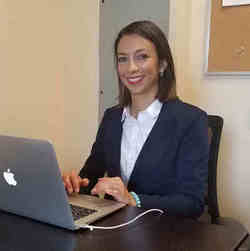 Also in Sterling Heights you’ll meet Michelle O’Hara who is not a funeral director but a pre-planning specialist. She works with families who want to make arrangements for themselves or a living loved one. Her job draws on her education and experience as an elementary school teacher and her status as a licensed insurance agent, since people who pre-pay for their funeral are actually purchasing an insurance policy.

“I feel like I’m using my education degree but in a different way: With a different age group and different subject,” Michelle said.

Talk with our current and future Funeral Directors and inevitably the conversation turns to wardrobe. Our uniform for all professionals is navy blue suits and white shirts. Couple this with the need to carry things when working at a funeral and the inconvenience of carrying a purse and you discover the challenge: Pockets: That is to say the lack of pockets in women’s suits.

“The struggle is real,” said Erin. “My phone is always falling out of my pockets.”

Petite Sherry solves the problem with custom made suits, with all the pockets men take for granted. You only need to see her suits’ colorful linings to discover her zest for her work and for life. 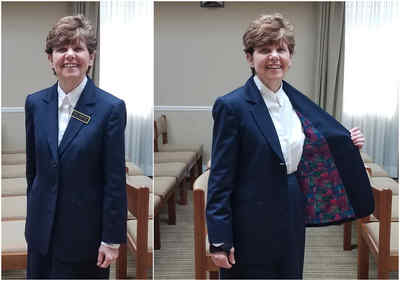